PC104P uses the powerful, low-power, and high-security PolarFire FPGA from Microsemi. It is based on the MPF500T-1FCG1152E (or MPF300T-1FCG1152E) FPGA with an industry-standard footprint, low power, high security, ample processing resources, and many hardcore IPs like JESD204B, RISC V, etc.  With its relatively low cost, it can be suitable for applications where cost and low-power and security are important. The module is compatible with some SoMs from Trenz

Due to the absence of PCIe x4 link shifting in this board, any other peripheral module with PCIe connection should be under it or if no PCIe link is needed then it can be stacked down above it as shown in the diagram below.

The board comes with an IO card that connects to the board Via an LSHM connector. It provides interfaces for Display port, SATA, and USB.

A High Pin Count (HPC) FMC site is also provided on this board.

The SFP+ connector is not fully placed on the PCB but in our enclosure, that connector is fully supported mechanically by the enclosure. Applications that do not need SFP+ can have that not populated or removed.

If PCIe104 TYPE1 card is required then PC104P can be adopted with some rework.

The stack PC from 7STARLAKE, OXY5741A Scalable PCIe/104 CPU Module, is a suitable development platform for this card. 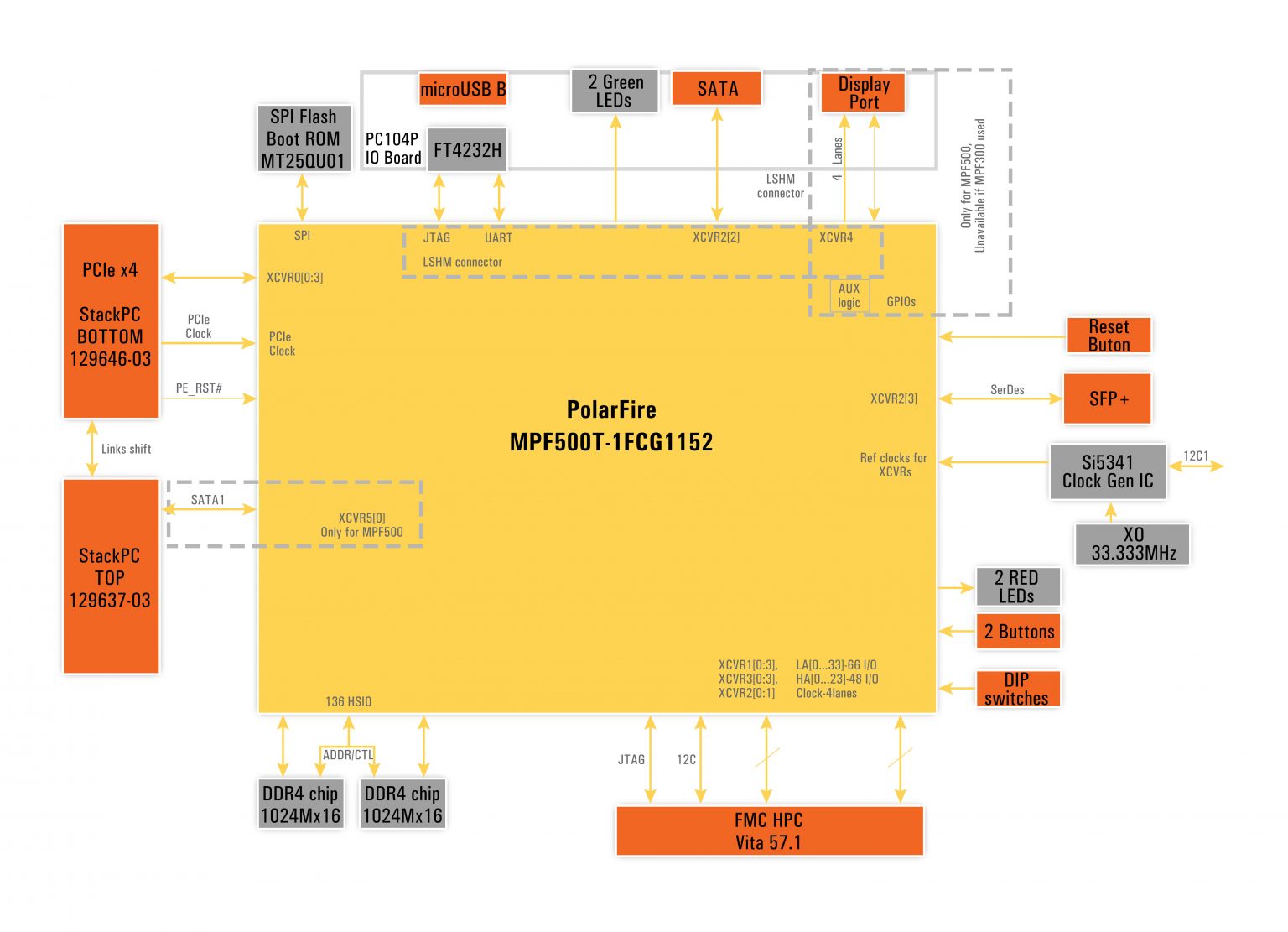 The module comes with Windows driver and test application.

Y can be E or I which is for Extended or Industrial temp range.