The VCS-1 is a PC/104 Linux stack composed of 2 main components, namely the EMC2 board which is a PCIe/104 OneBank™ carrier for a Trenz compatible SoC Module and the FM191 expansion card that fans out the I/Os from the SoC to the outside world.

A Xilinx Zynq MPSoC is the ‘heart’ of the VCS-1 and provides 64-bit processor scalability while combining real-time control with soft and hard engines for graphics, video, waveform, and FPGA acceleration, using a Trenz TE0820 SoM.

The versatility of the VCS system is derived from the modular concept of the SoM processing element on a PC/104 board, combined with a separate I/O Module.  This gives it plenty of ADC, DAC, I/O and expansion possibilities with PC/104 options. 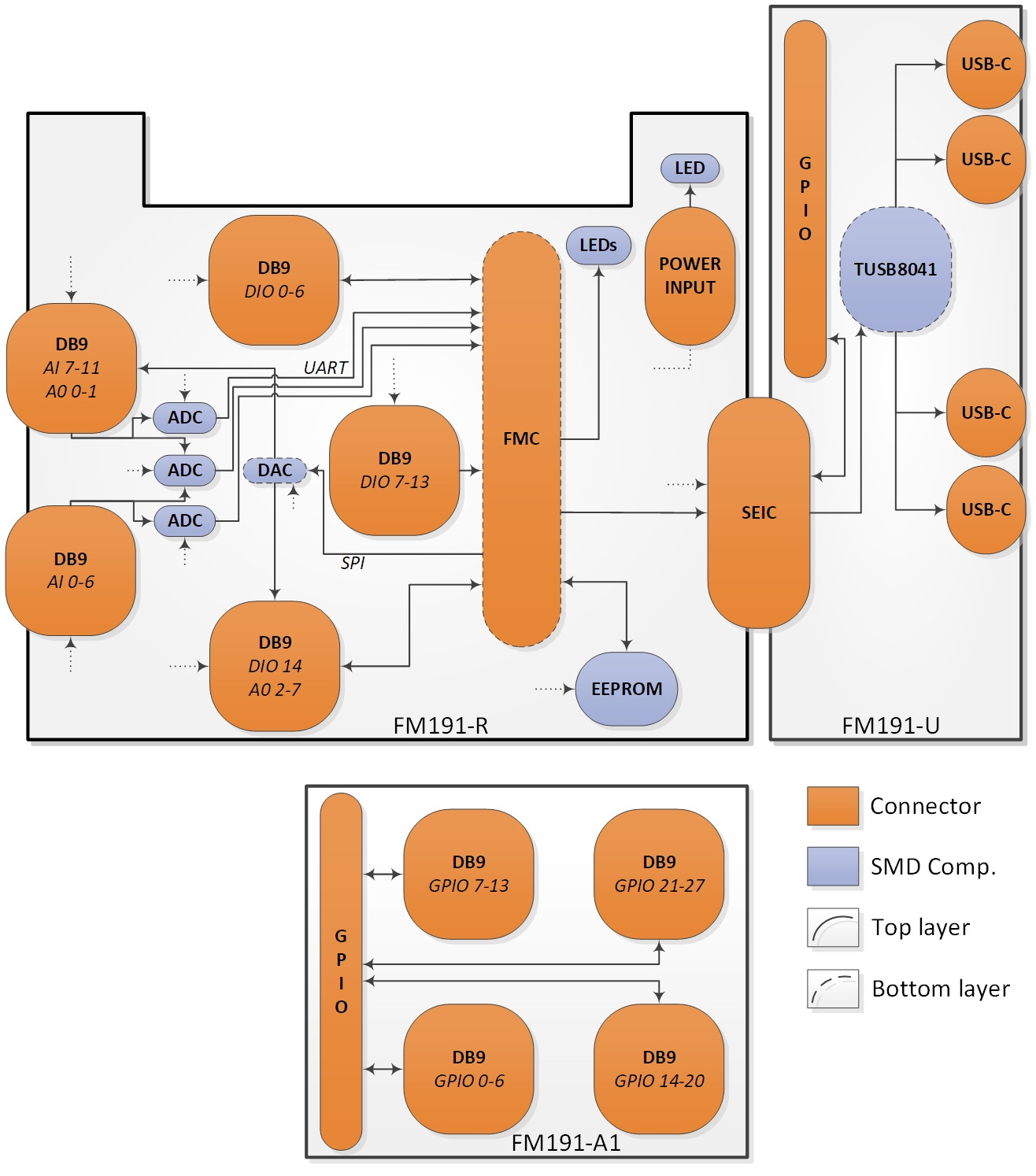 Also, has all ‘typical’ interface to allow VCS to act a like a PC with HMDI display, SATA and Ethernet.

The VCS-1 is fully compatible with the Xilinx reVision stack, DPU for Neural Network and AI Inference.